Danielle Lopez has a long history of volunteerism, serving on the Women’s Fest Planning Committee, the Women’s Advisory Committee, the MAP LGBT CFO Conference Planning Committee, the Bisexual Advisory Committee, she served as an AIDS Walk San Diego Area Manager for several years, and earned the M. Corinne Mackey Volunteer of the Year award in 2007.  When she was 18, she co-founded the nonprofit collective Revolution Rising in Los Angeles with folks from the Riot Grrrl movement and music has always been an integral part of her life.  Currently, she serves as Vice President and Treasurer of the Board at The Child’s Primary School and as Treasurer of the Board for Volunteer with Cheli.  Danielle is the Chief Financial and Operating Officer at the Make-A-Wish Foundation of San Diego and prior to that, she was the Chief Financial Officer at the San Diego LGBT Community Center.  Danielle and her husband relocated to San Diego from Los Angeles in 2002 where she now lives with her daughter and two fur babies.

For the past 12 years, Melissa has been involved in a community that uses music as the foundation for improving lives and contributing to others. While watching the success of rock camps globally and seeing the positive results, she created a team of musicians and non-profit professionals to bring the mission of empowering girls through music to San Diego. Melissa’s background in child development allowed her to work as a youth activities coordinator on cruise ships and a Disney event coordinator and host. Her true passion for music and the performing arts inspires her to work with non-profits that encourage children to experience performance and complete self-expression. Her days are also filled with program possibilities for the Jason Mraz Foundation.

“I believe in building a community that supports a strong identity and encourages collaboration. At Rock n’ Roll Camp for Girls San Diego we encourage the girls to embrace their uniqueness and become advocates for themselves and others. We use music as the catalyst to empowerment…it's fun and educational!” 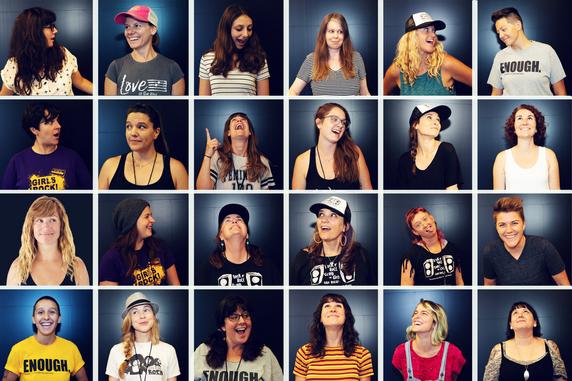 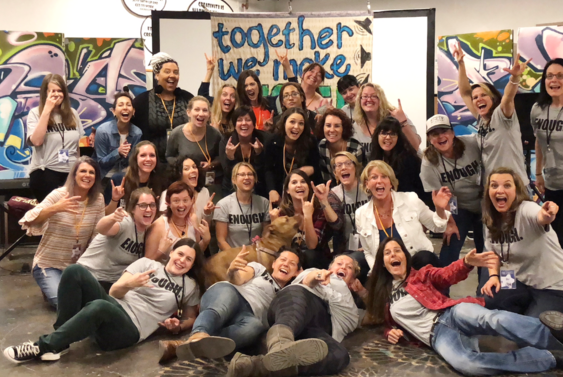 CLICK HERE FOR Volunteer OPPORTUNITIES
OR Email us for details @
RockcampforgirlsSD@gmail.com

​Mom of two Rock n’ Roll campers, Kim has worked with nonprofits for over 15 years.  She was an Executive Director, then a Fundraising Consultant, then a Grants Manager before taking on her latest challenge as Finance Manager for the Carlsbad Educational Foundation.  Kim earned a Bachelor of Science in Business from Wake Forest University and a Master of Business Administration from Duke University’s Fuqua School of Business.  Before her nonprofit career, she worked in fixed income derivatives for Merrill Lynch PLC in London and as a management consultant for Bain & Company in Atlanta and San Francisco. Rock n’ Roll Camp for Girls San Diego is grateful and honored to have Kim as a part of the team. 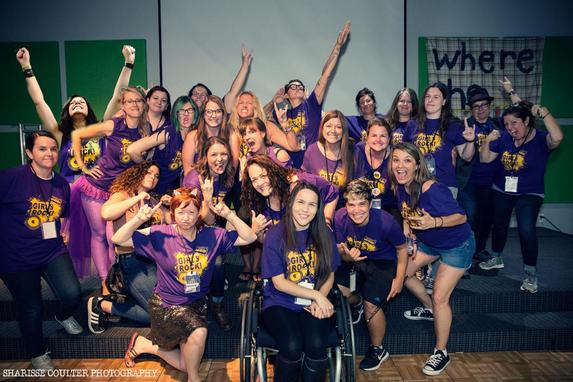 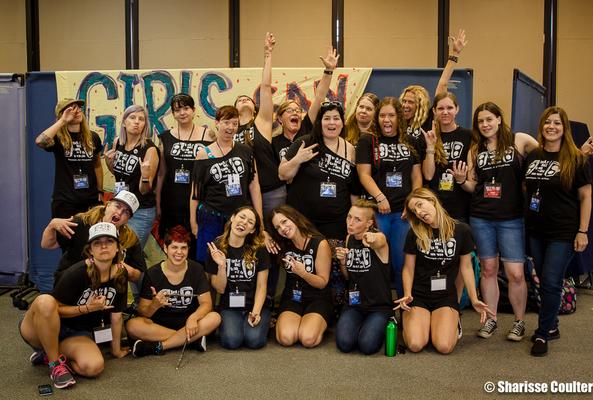 thank you to our
​2021 girls rock camp VIRTUAL team!

Alicia Saake is a native San Diegan and Chief Operating Officer at Feeding San Diego. Alicia graduated from the University of California, San Diego, with a degree in philosophy. When not working to solve hunger, Alicia spends time with her pup, Shiner, makes music with her friends, trains for Ironman races with her husband, and learns new things. Alicia started taking piano lessons in second grade and grew up singing and dancing around the house with her three siblings. She wishes she could have attended Rock and Roll Camp for Girls San Diego as a girl, but looks forward each year to camp and sharing her love of music, and the leadership and collaboration skills we build while making music with our band.

​Abby Dorsey has been a fan of both summer camp AND performing since she rocked the role of Sandy in Grease at sleep away camp at age 11! Since then, she has won four San Diego Music Awards for Best Hip-Hop Artist and Album, hosted an open-mic geared towards lesbian, bisexual, and transgender women, and co- written songs for Grammy Award winning artists. In 2017, she joined the team of Rock n’ Roll Camp for Girls San Diego as a volunteer and quickly realized that she’d found a new passion project.

“It is beyond incredible to witness what these girls are capable of achieving in just one week’s time,” explains Abby. “Sure, there are challenges throughout the week, and emotions can run high, but nothing compares to seeing each girl rock the stage at our Rock Camp Showcase. The smiling faces alone have enough power to light the stage!”

Abby lives in North Park, San Diego, with her wife Kelly and daughter Skylar – who can’t wait to be old enough to attend Rock Camp herself. One, two, three...ROCK! 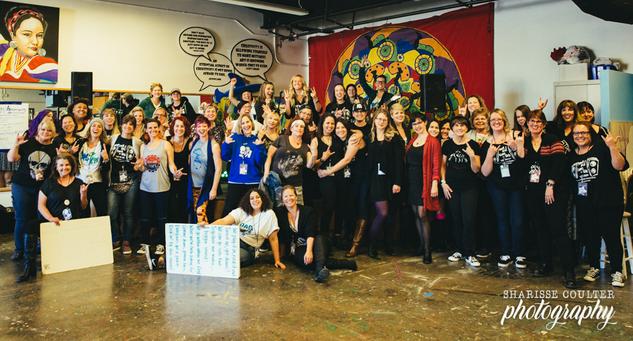 Sandy Haasis has a passion for supporting powerful programs for youth in her community.  Her background includes twenty years of experience in arts education, art program development and administration.  She earned her Bachelor of Arts in Fine Art from Northern Arizona University. Sandy first experienced the power of Rock Camp as a participant in Ladies Rock LA.  At Rock Camp she found a brave, safe place to try, fail, try again, and find her inner rock star. Not just on stage…in life. Now it is her turn to empower young girls and she could not be more excited to be a part of the team that created Rock n' Roll Camp for Girls to San Diego.